Everything About Python That You Should Know

When we think about programming the only thing that comes to our mind is a lot of mathematical calculations and codings, well that was true but years back, but now the programming became a trending topic of career, education, and work culture, and this was only possible because of ease of modern programming language, PYTHON is a most understandable and easy to learn programming language which allowed many individuals to learn and make their good career in the field of programming, python runs on very simple language setup which can be understandable by non-geeks also that’s a big change came into the field of programming.

WHAT IS PYTHON PROGRAMMING?
Python is a diverse programming language, which changed the meaning of programming before it was a difficult and mentally tiring job to be a programmer, python is an open-source programming language that is made easy to read and so powerful to create secured web applications, Python is easy to read and understand but that doesn’t mean it is less secure as compared to another programming, because firms like Google, Facebook and Amazon built their numerous application based on python language and those are highly secured. 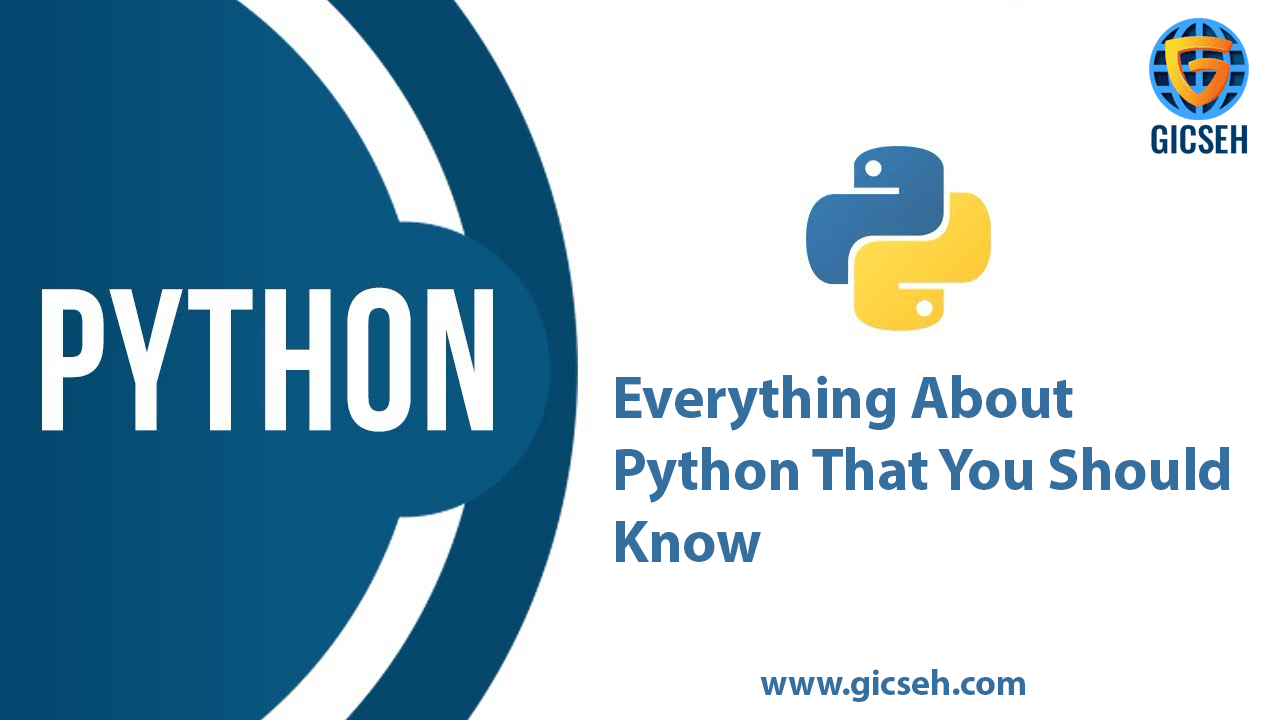 WHERE TO START LEARNING PYTHON LANGUAGE?
To learn python you don’t need any programming background, any fresher or new learner can start learning python from beginner to advance level, those who are familiar with programming it will be easier to grab on this language but for freshers also python is a great step towards the world of programming, GLOBAL INSTITUTE OF CYBERSECURITY AND ETHICAL HACKING is the best python programming institute in Noida, at GICSHE you will get advanced python programming modules which are based on the individual's level of understanding about the programming language.

FUTURE AND CAREER AFTER LEARNING PYTHON
Python being a diverse language provides you with multiple career opportunity and highly paid job offers in multinational companies, there is no end to learning in the field of programming more you learn more you can create with your ideas, and those ideas are the future and career for python learners and programmers, but we will talk about the available job opportunity for being a python programmer.

● PYTHON DEVELOPER
There is a big demand for python developers in multinational firms, as a whole working system has been shifted to python programming due to its easy understanding and diversity to work on it.

● PYTHON DATA ANALYST
Python is not only capable of data analyzing but it can create whole data science, with the help of python you can make data more accessible and easier to use through creating it in graphic form, and demand for a data analyst is high in today's marketing for every organization and firm to understand the trend of the market.

● PYTHON DATABASE PROGRAMMER
Being python developer, companies demand a database programmer as there is no end of data available in the market and python holds vast career opportunity in this field as well

And many more job opportunities are waiting out there for python skills and experienced programmers, increasing data every single second on the online platform which raises the need for python business analyst, programming engineers, and data scientists will continue to grow and get opportunities so it’s fair to say python can provide any individual with a secure career, here GICSEH helps you in learning from the live project of many companies which will excel your learning and increase your chance to get a job at the first place.

WHY YOU SHOULD START LEARNING PYTHON AT GICSEH
They have professional faculty with years of experience in the field of python programming, advanced course module with the latest updates and changes in the programming field, and availability of both beginner and advanced level python programming module make GICSEH the best python programming institute in Noida , at gicseh apart from good knowledge and concept learning about the programming you will get multiple opportunities throughout the course to showcase your ideas and programs built on python, this will help you a lot in your future for further career building.