Features And Advantages Of Python

Features, Advantages, And Applications Of Python

As we all know, Python is a high-level dynamic interpreter and autonomous open-source programming language. It is generally both object-oriented as well as general-purpose programming. Python was created by Guido van Rossum and released in 1991. Python is a language that can be used on various platforms like Windows, Mac, Linux, etc. The syntax of Python is much similar to the English language, which makes it somewhere easy and familiar to learners. Today we will discuss the basic features of Python, what Python can do, its advantages, and many more. So, let's give beginners a basic understanding of Python that they are going to learn. 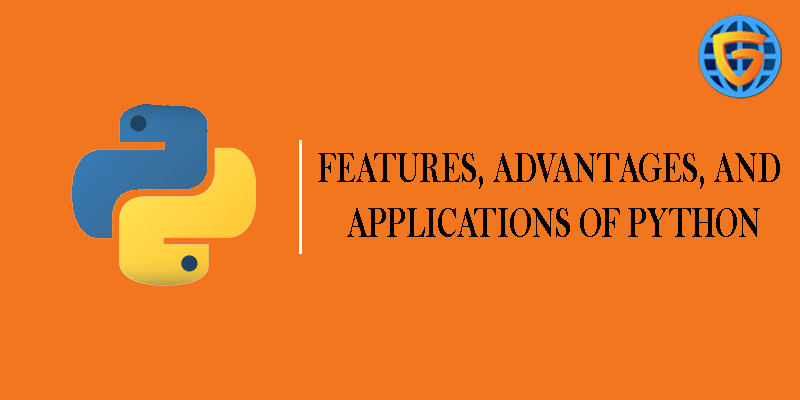 What are the goals of Python programming
• To make language powerful along with easy and natural.
• To make it free open-source so that anyone can contribute to its development.
• To make it much more familiar and plain like English.
• To make it more effective, to perform daily tasks efficiently.
Nowadays, Python is claiming to be the third most popular programming language across the globe.

Aside from the above-mentioned features of high-level programming language, here is a list of some more advanced features of Python-
• It encourages automatic garbage collection machine programs.
• It offers a high level of dynamic data and supports dynamic data type checking also.
• Python programming can be used for the creation of large applications by compiling to byte code.
• It can be associated with Java, C, C++, COM, ActiveX, and COBRA.

Well, we discussed the basic goals of Python, its features, advantages, and on which different fields it has its applications. We even disclosed some of the most reputed companies which use Python programming in their application. Python is highly in demand in today's era, as it is used in developing software, learning machines, automating tasks, etc. GICSEH, i.e, the Global Institute of Cyber Security and Ethical Hacking plays an important role in creating your base for Python by helping students to provide hands-on experiences. So join GICSEH today for speedy-career development.