All You Need To Know About Python's Future!

Imagine everything that we are surrounded by is incomplete, unstructured, raw, vast and just Data! There will definitely be one thing there for your rescue - Python! Python is the Future and it will act as a huge, reliable, effective & ready-to-use technology. It can do a lot for us, more than we can imagine. It can help play with data, visualising data, transforming inputs into a numerical matrix, or actual machine learning and assessment.

All we need to do is to write the code — that would bring everything together. As simple as that!

How are we going to define Python’s popularity in a specific field?
Python is and still remains a stable programming language currently being used not only by developers but for deployment automation and web development as well. Beginners when first introduced to the Python language and its ecosystem, also prefer it for doing data jobs.

Who is driving the growth of Python and will drive it in the future?
With the increasing demand of python every platform is turning into a “python-oriented-platform”. Since ages, humans have been chasing money!
For present and future programmers, Python is definitely the first-choice language for learning to get “actual jobs”. It is also being used for many other purposes, from web development to mobile application development to data sciences. However, Data science is pulling the mob towards Python.
Secondly, Python’s serious versatility - it is a multipurpose language used for various tasks, as mentioned above. Therefore, it seems clear that the rise of data science is responsible for the growth of Python as its programming language.
Finally, Machine Learning - there is no special dedicated programming language for Machine Learning, but looking at the characteristics of each language that can perform ML, Python is the best that easily fulfils all its needs. It is one of the most popular and the best languages for Machine Learning. 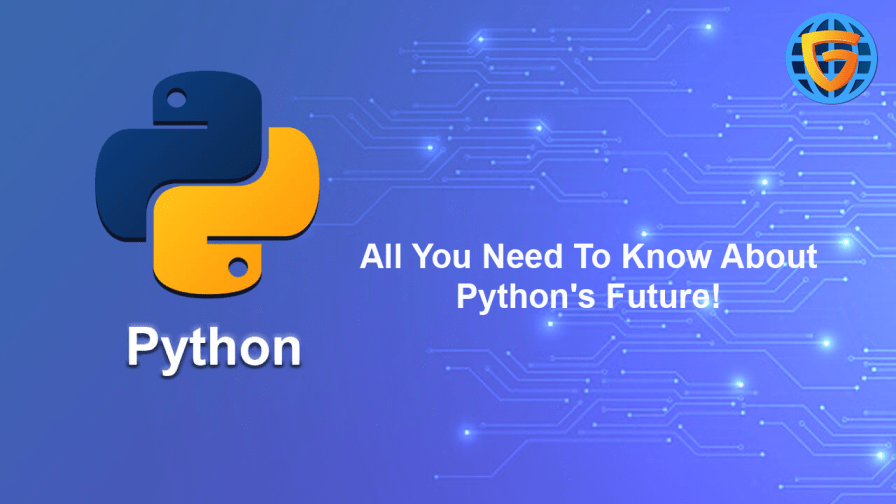 Is Python’s growth just now? Or does its growth have some Future?
Trends define the need and needs definitely define the actual trends. There is no doubt that Python is now in “the trend”. Gracias to its popularity and the helpful community, Python is really friendly. It is so easy to learn Python that you can start your Python journey at any moment itself and that is not all, it is the way it allows developers to express their thoughts in a much simpler way, adding on to the “choose Python!” thing.

Python in Machine Learning and Robotics
It is being extensively used in Machine Learning and Robotics. It is a gift to the systems which were originally written in C and C++, it makes it easy to interface with Python. Anywhere where data analysis is required, Python and its diverse libraries shine.
At the end of the day, we all are aware of how important ML is in the modern world. From moderating social networks to driving cars, trained neural networks are taking care of everything. The field is moving forward incredibly. The potential for machine learning is vast, and yet not even close to fulfillment.

What has this got to do with Python?
A lot! While there are libraries designed to work with almost all other popular languages, Python in actuality is the language of machine learning. Notably, Almost every course on neural networks is using Python.
Machine learning as a skill is in greater demand and is progressing every day. A good grasp on the Python programming language will put you in a leading position amongst others learning it from scratch.

Python being open source
Knowing Python is free might not interest you at first. Python is free as in ‘Open Source’. It is entirely Open Sourced and GPL compatible. Open-source software has already defined the new world. Being a perfect tool, Python, even takes the “no-strings-attached status” to complement its use.

Python is blooming
Over the years, Python has made its place into the coding world and has even managed to reach the top. The survey and job research in major countries shows over 40,000 jobs are entirely for developers having experience in Python. Internet search tags are higher for Python, in almost every country. It won't be wrong saying that Data science combined with Python have the best career and future complementing each other and to new heights.
To sum up, We’re going to see a continuous growth in Python's scientific programming. So, things that support the performance of Python as a language and its stability will continue to evolve. Beyond that, Python is a pretty powerful and solid language.
Not trying to declare a war between languages as to make a belief that Python is the king but Python’s Future is even above the ‘C’ level! We live in a data-driven world and we are really setting Python up for another 20 years of success and growth.

So what are you waiting for? Join GICSEH today!

The time to make a decision is now. Choose GICSEH for python training in Noida and take a first step towards a bright future in the Python profile. We assure you the best rewarding career.