Develop a Bright Career by up-skilling yourself in Python Programming Language. 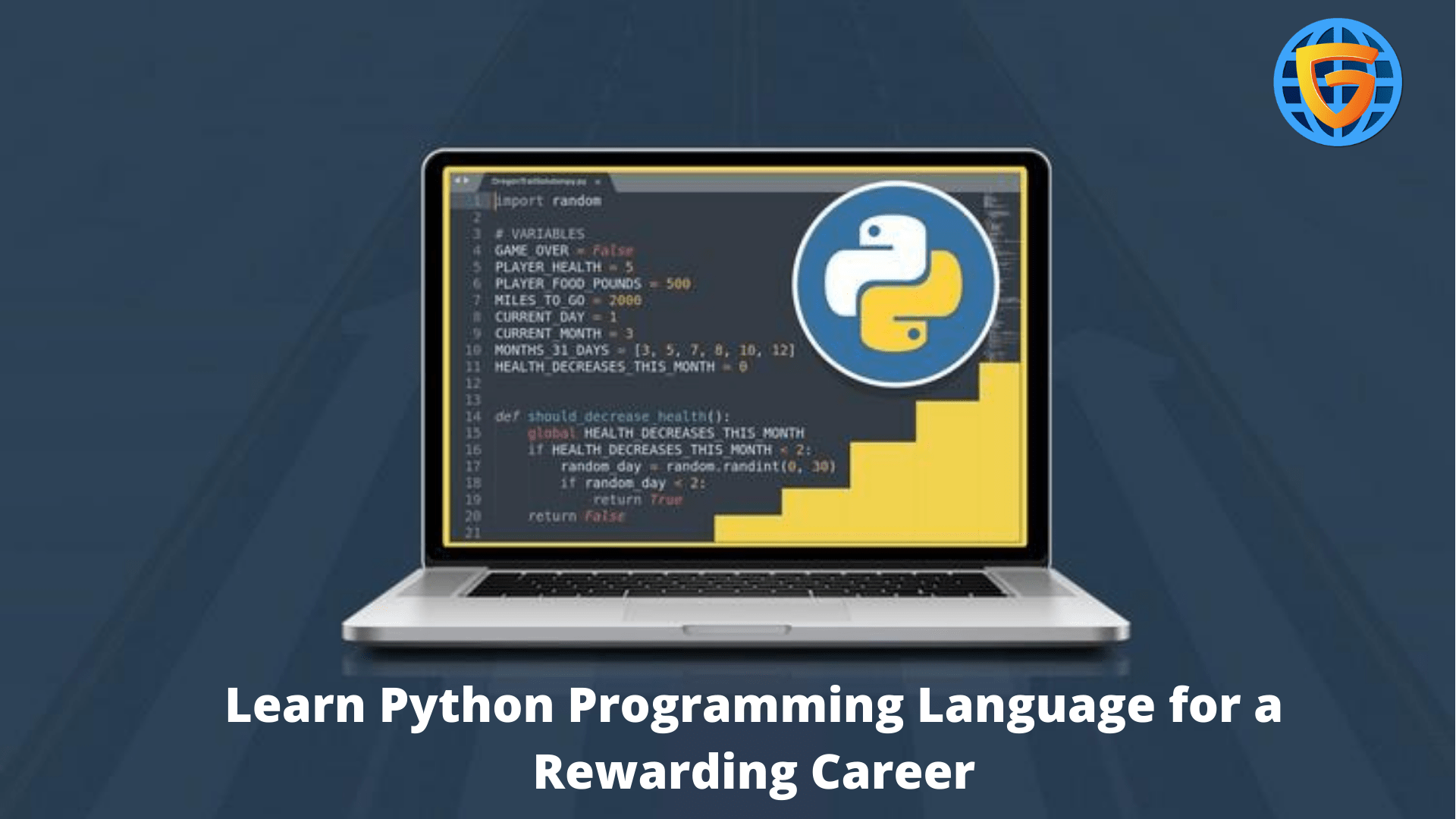 What is Python Programming?
Python is a high-level, interpreted, dynamic programming language. Python is the most preferred language to work on because of its readability, useful libraries, and simplicity. It is open-source, portable, extensible, and object-oriented. It has extensive community support because of its simple and readable syntax.

GICSEH provides the best Python training in Noida that is based on industry-standard learnings that assist students in getting placements in top MNCs. It is one of the most capable institutes in Noida that offers hands-on real-time industry-based projects and a piece of deep practical knowledge with full job assistance. With a well equipped high tech infrastructure, GICSEH has become one of the best and well known Python training centers in Noida.

GICSEH’s Python course will provide the basic as well as deep knowledge also. Here, you will learn about how to create your private Python platform and its deployment on real projects. With highly skilled trainers, GICSEH aims to provide the best training in Noida hence leading to positive results by placing our students in the highly demanded Python profiles in top MNCs.

Why Learn Python Programming?
Python’s syntax is easy to comprehend. The coding required for a job is less in comparison to other languages. It is simple and easy to learn and also supports different programming paradigm. Various other reasons to learn python programming are listed below.

● Popular and Demanded Technology
Python programming language is one of the fastest-evolving languages in the world today. It is popular within developers and a preferred language for most of the IT projects. The syntax is simple and understandable by everyone.

● Libraries and Frameworks
Python provides abundant libraries and frameworks for various purposes. Django is used for web development, Tensorflow is used for Machine Learning and PyBrain for Data Science and many more to go.

● Earning Potential
As earlier said, Python stands as a primary language for many technologies; hence the job opportunities are abundant in this. Moreover, as per the data, Python is considered as the second-highest paid programming languages globally. So if you have good hands-on the subject, you sure will land yourself a good-paying job anytime soon.

● Flexible
Due to its huge library base, Python can be used for various other technologies. Most of the data-centric and data-focused libraries make it easy to process, manipulate, and visualize data; hence it is demanded in data analysis. It is super accomodating and flexible.

● Globally used Language
Thanks to its accomodating and flexible feature, Python finds itself readily used by all. It is used in the Finance industry, mathematical computations, game development, trading industry security testing, to name a few.

With its huge usage and popularity, Python becomes a widely accepted programming language, and getting trained in Python opens up various paths for you to explore your career. Take this Python Certification now and level up in your career.

Python is becoming popular with every passing day because of its wide usage in educational software, web applications, and AI tasks. It has become an important part of the programmer’s curriculum. The benefit of Python is that it is more flexible than compiled languages, and because of its versatility, it is increasingly used in many applications in the growing fields.

Global Institute of Cyber Security and Ethical Hacking’s Python Certification Training helps students and professionals become a Python developer. The course is curated by industry experts and gives you a head start into python programming and trains you on both core and advanced Python concepts and various python frameworks. We assure you of the best and the quality training with 100% placement support. Our students are our topmost priority and thus we do everything to keep them happy and satisfy. Join our upcoming batch and take a step ahead towards a bright career.

If you find any queries related to the subject, post it in the comments section or you can call us directly at any point in time and our expert team will gladly help you with it.