Python is a high-level, interpreted and general programming language that concentrates on language readability. It has only minimal steps to be followed when compared to C and Java. Python language is approved by many Operating Systems, and it makes it free to use and distribute for open-source development.

Tech Giants such as IBM, Mozilla, Hewlett-Packard, etc are using this language owing to its unity and elegance. Most of the developers prefer Python over plenty of other programming languages because of its efficiency and readability. There are numerous reasons why should choose Python training. Learn Python from the industry experts who have years of experience in the same profile, at the Global Institute of Cyber Security and Ethical Hacking, the best python training institute in Noida. The trainers at GICSEH will help you to become a Python expert with our unique Python course. We also assure you the best and quality training which will help you to achieve your job after the completion of the course. 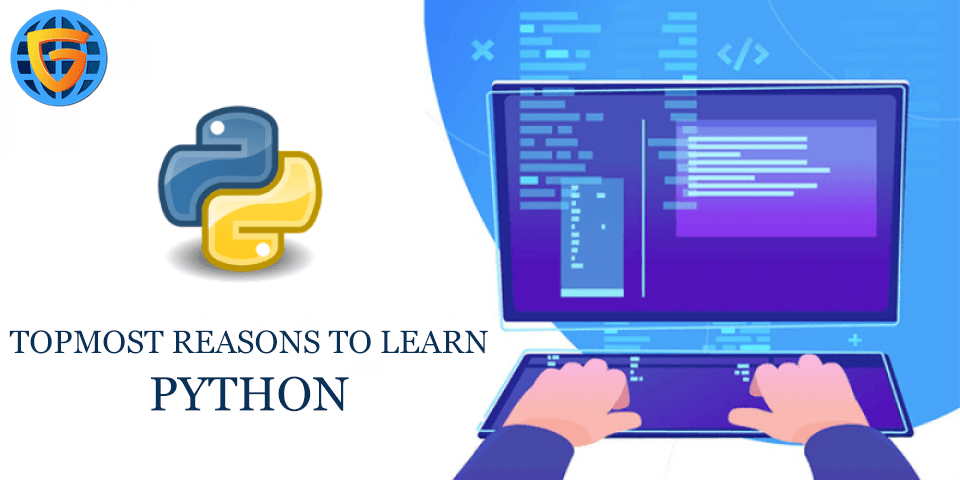 Here are the major applications and features of Python that have influenced more and more people to learn Python and get a certification.

• Data Science
Python is the primarily chosen programming language among data scientists. Be it IT ops, marketing or software development currently most of the job makes use of data and relies on it to manage their operations. On the release of ‘Pandas’ and ‘Numpy’, Python has risen its prominence in the world of data. Python also controls the matrix data, tabular, statistical and also visualizes with the libraries such as ‘Seaborn’ and ‘Matplotlib’.

In comparison, Python job listings are outnumbered than any others in the Data Science field. This shows that the real fact of skills you can gain with Python and it will shortly transfer into developing your analytical skill as well.

• Easy to learn
Python is an easy programming language to learn. This language is more similar to the English language and so it is easy to learn and understand. The syntax in Python is characterized by some important rules and special training. Anyone can learn Python easily. Newbies can make a basic game in mere days by learning Python with the best practice. No previous experience or knowledge is required to learn Python, anyone who wants to learn Python, can learn it any point. Another attractive feature of this programming language is readability and efficiency.

• Open Source and Cross-platform
It has been more than 20 years since the Python is running cross-platform and open source. Python code can work on all platforms like Linux, macOS, Windows. Another extraordinary thing about Python is it can be interpreted easily.

• Salary and Packages
The salary for Python programmers is relatively higher as compared to others in the field. In India, a Python developer gains an approximate salary of INR 3,50,000 per year.

• Web Development
Python has various types of frameworks that help in website development. Python has a different design of frameworks for expanding websites. Most popular frameworks like Flask, Pylons, and Django are described by stable and faster code because these codes are written in Python.

• Testing Frameworks
This programming language is an amazing tool for verifying the products or different ideas for established enterprises. Python has multiple built-in testing frameworks that deal with the rapid workflows and debugging. Selenium and Splinter tools and modules are working to make it easier. Python is also used to support the cross-browser and cross-platform testing with frameworks such as Robot framework and PyTest.

• Computer Graphics
Python may be employed in small, large, offline or online projects. Mostly, it is used to expand desktop and GUI applications. It’s Tkinter library allows rapid and simple application development. This programming language is used in the game application where the point is written by using a module ‘pygame’, also runs on android devices.

• Flexible platforms and Language
Today Python remains pertinent, so it can be used in any software development or operations situation, be it in cloud infrastructure, or working against a SQL database, and improving custom functions for Pig and Hive, supporting object-oriented design or developing a tiny tool for the customer. Join Python Course in Noida at GICSEH and learn the language professionally under working software developers and programmers. Our students are our top priority; hence we take utmost care to provide them the best in the industry education and helps them beat the competition from the day one of their learning at our institute. Get in touch today and take your first step towards a bright career.