Our World of Digital Space is engulfed under multiple languages that are being frequently used by our software community professionals. The period of ignorance of Python language in the IT institution now seems to be disappearing due to the emergence of world-changing technologies such as Artificial Intelligence, Machine Learning, Data Science, Virtual Bots(Alexa, Siri). The name Python was derived from Monty Python’s Flying Circus of which Guido van Rossum was a big fan.

Why Python Is Now Making A Voice
Python is a high-level interpreted, interactive, object-oriented language making it more user-friendly based and easily accessible. As we are making advancements towards less coding or no coding programming. Python is supplementing us with the least amount of coding in comparison to any other language such as Java. Python is the most exceptional language trending due to its flexible features, you don’t need to have knowledge of any other language prior learning the Python language.

Why Python Is More Adoptive Language
Overshadowing Java over Python is now creating a new history in the IT space. Python is also known as “ Beginners- Language ” it is the most flexible language for beginners-level programmers making it accessible for the development of text scripting to Web Browsers ( www) till developing visual animated games. The syntaxes of python programming are very simple and easy to learn. Anyone can easily remember the rules and can easily apply business logic in fewer lines of code making it more demanding and flexible to script programming. In the case of initialization, we don't need to initialize variables to declare variables as in the case of Java programming we just simply write variables. Python is platform-independent; it can run programs on any platform without rewriting it. It uses PVM to convert python code into machine code. It is quite portable using python. It is open-source and we can use it without any investment.

Future Of Python In The IT Space
Every hour new events are taking place within the applications of Python for the software developer professionals making it more accessible and flexible. Python is emerging as one of the most top research languages among computer scientists and researchers due to its variability features with less time-consuming ability. Though Python has lots of libraries such as Pandas, Scipy where scientific and numeric computing can be done within seconds. Python is the new form of python that is used for visualization and parallel computing. The scope of Python is rising in education tech, software development, web development, etc. Arena of Python is increasing drastically in the technological space. Artificial Intelligence is baseless without python language moreover Artificial Intelligence is the most energetic technology pacing in the world. In addition Data Science technology python is playing a major role in making it a successful platform. Keeping with the technological pace Python had a futuristic and advanced role in transforming the global IT space. 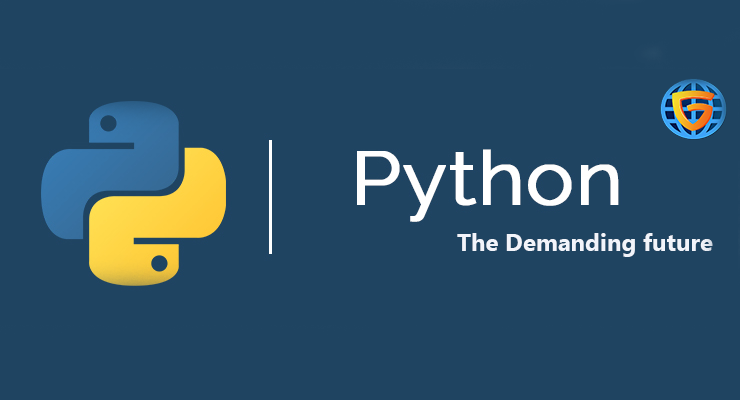 What makes Python easy?
As you have understood about python and pre-programming language requirements, what is that thing which makes it different from others? Python is basically using very easy terms, it doesn't require putting variables and values consequently. It doesn't use brackets{} which reduces a good amount of chances of mistakes in code.

There are some major points of python ease: -

Career Opportunities In Python
Python has made web development so easy with its common, simple, and readable codes. This is the computer language which is very trending in IT companies for the purpose of web development and this is not only a specialty of Python in fact, it has many virtues to be a trending and popular language.

As far as job opportunities are concerned, there are bundles of job profiles after completing Python training successfully from a recognized institution. Some major job roles in Python Programming Language is mentioned below:-

You can easily learn python from a reputed and best Python training institute in Noida which specializes in practical training. Getting a good education in the best institution is a common wish of a student. But many dreams are set down due to weak financial problems. So, we've brought the best and affordable Python Training Institute for you all. At GICSEH, you get such an advanced and updated content python training which helps you to hit market-level competition. Join today!