It is a paradigm of high-level languages that is widely used for its conventional features and ease of use. It ensures faster code readability, which results in better designs and fewer code lines. Moreover, it is the best tool for making small scale and large-scale dynamic scripts. 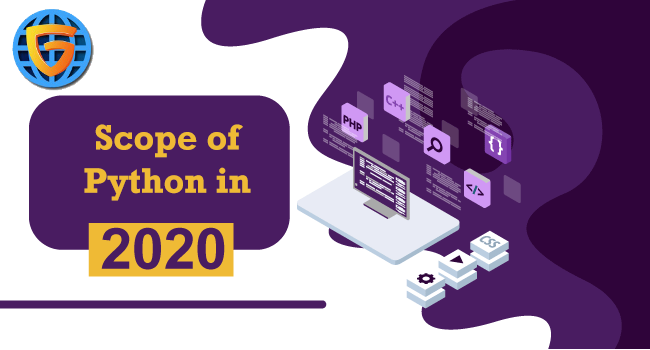 Python’s Growth and Popularity
• Open Source
Python is an open source language and this is the best part about it which makes it highly popular in the industry.

• Platform Independent Language
When it comes to supporting different Operating Systems and platforms, Python has a clear edge over other programming languages. It supports cross-platform architecture. In simple words, it means Python can run on any operating system and platform. We don’t need to write the same code for different platforms. We can write code for a program on Windows and can run it on Mac as well.

• Active and Rich Community
As Python is around for about 25 years now, it has a very active and rich community of developers which provide excellent support facilities. Most programming languages have support issues and lack documentation. But this is not the case with Python. Python has lots of tutorials and documentation to support developers when they are stuck. They can seek help from expert programmers in the community as well.

• Easy to read and write
Python has a very simple and readable code in comparison to C, C++ and Java. Syntax of arguments is very easy and can read even by beginners.

• Huge Standard Library
Python has a very huge standard library which has lots of inbuilt functions and pre-written code. It helps a lot as programmers don’t need to write code for every single thing.

Future of Python
There are various features of Python that have resulted in its mass popularity over the years. There is no doubt that Python would outrun other high-level programming languages like C, C++, Java, etc. Hence, it has a bright future and has endless opportunities. With constant advancements in Machine Learning, it is expected to grow exponentially in coming years.

There are large numbers of companies which are dependent on Python developers to enhance user experience. A Python developer can use extensive support libraries related to Internet and protocols, system interfaces, operating systems, web applications, etc. It provides better scalability to design complex multi-protocol network applications. Application developed in Python are more responsive and are effectively integrated into complex system architectures resulting in increased productivity.

Python is itself a very robust, versatile and comprehensive language which is used by many top brands including Google, RedHat, NASA, Nokia, Facebook, Trivago, IBM, DropBox, Bank of America, Spotify, Netflix, Amazon, Paypal, Uber, Yelp, Yahoo, Glassdoor and the list continues… This makes it clear of it popularity around the globe. It has also secured a top spot in the list of most used analytical tools of the industry, which is also affirmative of tits brilliant future in terms of career opportunities. Because of its adaptability and cross platform integration, it has become the crowd favourite and will have a long foot in the industry.

If you are interested to learn Python and get expert training from experienced and trained faculty, then join GICSEH and become a Professional Python Developer. We have the best faculty in the industry to provide you with all theoretical and practical knowledge. We also offer 100% placement assistance.
Join today !!